Reprinted from the New York Times

A Better Smile (but Not Too Perfect)

In this age of advanced aesthetic enhancement, subtlety is prized.  The discerning get just enough Botox to unfurrow their brows, lest they become expressionless clones.  Women dissatisfied with their breast size may get a surgical boost, but few aim to be as conspicuously colossal as Heidi Montag.  And now dental patients are pursuing perfectly imperfect teeth.

It used to be only the sought-after veneers – fingernail-thin cosmetic moldings that cover the fronts of teeth – were big, gleaming, flawlessly lined-up white squares.  Nicknamed Chiclets, they have become near-ubiquitous in Hollywood.

But these days, there’s a growing demand for painstakingly customized, natural-looking veneers created by professional dental ceramists, offering a balance of lifelike translucency and opaque whiteness.  The lifelike “flaws” requested by patients include rotating the teeth next to the center pair so they overlap a little; subtly discoloring veneers toward the gumline so it looks between-cleaning realistic; and adding grooves so the porcelain isn’t oddly smooth.

“There’s a desire for imperfection in veneers,” said Dr. Marc Lowenberg, a cosmetic dentist in Manhattan.  Last week, Dr. Lowenberg said, a Texan woman told him: “I don’t want my teeth to look like somebody else’s teeth in my mouth.  I want them to look like I’ve had them all my life.”

Of course, patients aren’t paying $1,600 to $2,500 per customized veneer (standard-issue ones start at $700) for an actual replica of their time-worn chompers.  Rather, they want a subtle forgery that looks inconspicuously better than the real thing.

Alexa Vega, a 22-year-old actress who has starred in the “Spy Kids” movies, visited Vincent Devaud, a ceramist in Pasadena, Calif., whose Web site touts a “couture designer smile,” after hearing of his expertise in natural-looking veneers.  Using 18 shades of porcelain, he texturized her top-row veneers to resemble her real bottom row.  Near the gum is “slightly darker, and at the end of the tooth, less dark,” Ms. Vega said approvingly of the results, but with “such a good flow to it.”

Mr. Devaud, a guest instructor for the UCLA Center for Esthetic Dentistry, who is given to artistic-sounding pronouncements like “I will not accept mediocrity in a patient’s mouth,” said he has many other celebrity clients, all of whom get a personalized look.  “It’s not in my fiber to do a white and perfect looking smile,” he said.

Couture veneers are partly a response to the mass-marketing of perfect teeth, which includes widely available over-the-counter bleaching strips.  Nearly 600,000 people had veneers in 2006, an increase of 15 percent over 2004, according to the latest statistics available from the American Academy of Cosmetic Dentistry.  Many of these, in their generic perfection, were obviously fake.  “The owners of the Chiclets are walking around as proud as peacocks,” said Dr. Lowenberg, the Manhattan dentist, “and their family and friends are walking around behind their back saying, ‘What did she do to her teeth?’”

To be sure, plenty of people still want polished piano-key teeth that scream, “I paid for these!”  Others settle for such a look because they can’t afford to pay more for customization, or don’t know that it’s an option.

But for those with the means and awareness, the discreet look is in.  Lawyers, doctors and other professionals “are not interested in people noticing their smile,” said Dr. Thomas Connelly, another cosmetic dentist in Manhattan.  “They just want to have a nice smile.  They don’t want to be known for their smile.”

Especially men.  “Guys all say, ‘They have to look real, bud, or I’m not doing it,’” said Dr. Connelly, who works with ceramists like Mr. Devaud to “rough up” the porcelain on certain veneers. “Human enamel is not perfectly smooth,” he said.  “We put texture – actual little grooves – to scatter reflecting light.”

Patients ask for “white and natural,” said Jason J. Kim, a ceramist in Manhattan who crafts veneers that have a realistic translucency instead of being what he calls “toiled-bowl opaque.”  Mr. Kim, who self-published a book, “The Master Ceramist,” to showcase his work, carefully matches clients’ veneers to their natural teeth, so the forgeries don’t stand out among the van Goghs.

“A lot of people who did white teeth, they are all coming back,” said Mr. Kim, whose mentor was Willi Geller, a Zurich-based ceramist who is known for his natural-looking veneers.  “It’s very noticeable, and that’s not good.”

Robert Saporiti, and actor in Fort Lauderdale, Fla., has four veneers composed of layers of JKBlend, Mr. Kim’s signature porcelain mix, customized to match Mr. Saporiti’s real teeth.  His front-four veneers are so lifelike, he said, that they fooled his girlfriend of more than two years.  “She didn’t know I had veneers on my teeth till I told her,” he said proudly.

As with hair color, communication is key during the creating of couture teeth, since the idea of “natural” varies widely.

Pinhas Adar, an Atlanta ceramist who tends to both subtlety seekers and perfections seekers, said that the latter don’t realize that the brightness and whiteness of their idol’s teeth are enhanced by the flashbulbs of the paparazzi.  “They think they want to look like that,” said Mr. Adar, who like Mr. Kim, is a disciple of Mr. Geller’s, “but once it’s in the mouth, it looks horrible, and they say, ‘Oh my God .’”

To avoid such mishaps, he and others create a few trial veneers – some translucent, some opaque – so the patient can decide.  “I don’t tell them what I did,” he said, “I ask, ‘Do you see any difference?’”

The trend may have started with European dentists and ceramists, who long eschewed too-perfect teeth.  “If you were 50 years old, they put a veneer on the tooth” with a “brown stain on it,” said Dr. Brian LeSage, a cosmetic dentist in Beverly Hills, Calif., and part of the faculty at the UCLA Center for Esthetic Dentistry.  “Really ugly,” he called the look.

But Dr. LeSage, who recently spoke at the international meeting for the American Academy of Cosmetic Dentistry in London, reported that his European colleagues are now showing more interest in noticeably gorgeous, white teeth, just as some Americans are disdaining them.  There’s been, he said, “a meeting in the middle.” 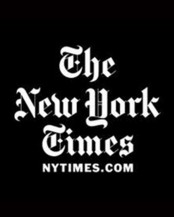